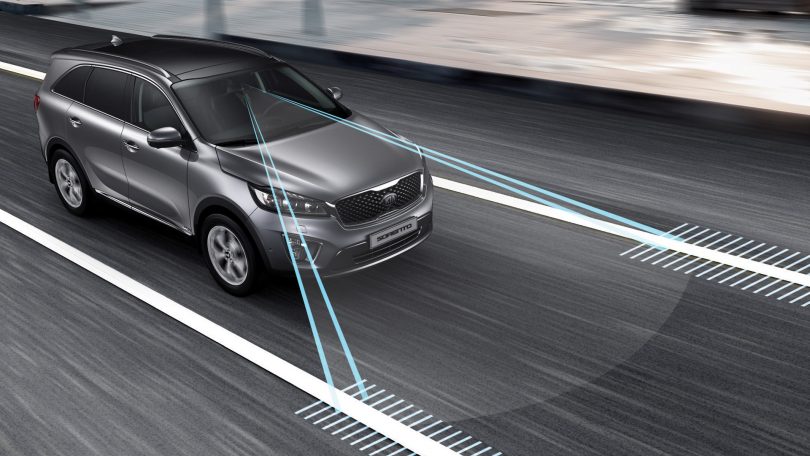 According to a research conducted by the AAA Foundation for Traffic Safety, approximately 63,000 annual truck related crashes could be prevented if advanced safety technologies were implemented.

Staggering statistics show that larger trucks were involved in over 400,000 major crashes in the year of  2015 alone, which sadly claimed approximately 4,000 lives and caused 116,000 injuries. For this reason, implementing the newest technological innovations should be highly considered, as a great number of them can significantly improve road safety.  The three top technological equipments recommended by the AAA Foundation for Traffic Safety – that can greatly contribute to road safety for truckers, as well as other drivers – include the lane departure warning system,  video-based onboard safety monitoring, and automatic emergency braking.

The lane departure warning system was designed with the objective to signal the driver when the vehicle begins to drift out of its lane. In other words, this feature helps alert the driver to revert to his own lane, in case he has mistakenly drifted out of it. The lane departure warning system relies on lane markings to operate, and was not designed to work on unpaved roads or roads that do not markings.  Furthermore, as reported by the AAA Foundation for Traffic Safety, equipping trucks with this feature can be a lifesaver, as it has the potential to prevent up to 6,372 crashes, and 115 deaths on an annual basis.

The Video-Based Onboard Safety System is essentially a database management system (DBMS), with the main purpose to provide continuous objective measures of driver behavior. The in-vehicle video recording allows the fleet safety managers to assess and evaluate at-risk driving behaviors, and accordingly, address the truck driver on the matter. This type of safety system is said to potentially prevent up to  63,000 crashes, and 293 deaths per year.

We live in an era of life-changing innovations. Thankfully, with relentless investors, such as Bill Busbice, the trucking world has seen tremendous improvements through various apps, such as the time and productivity management tool – the HWY Pro. However, efficient time management sometimes implies getting things done faster. Needless to say, for truckers, speed can mean the difference between success and failure, but one crucial factors that should never be neglected is safety. For this reason,  the automatic emergency braking – or  the a AEB system – is something every truck should be equipped with.  The purpose of the AEB system is to detect an impending crash with another vehicle, and alert the driver in time to react accordingly. In case the driver fails to respond sufficiently, the AEB system automatically applies the brakes to prevent or reduce the severity of an impending crash. According to AAA, 5,294 crashes can be prevented with Automatic Emergency Braking each year.

Equipping big and smaller trucks alike with these essential technological innovations can significantly reduce the number of major road accidents and save thousands, if not millions of lives each year. So, why not make the most of technology and improve road safety for all.