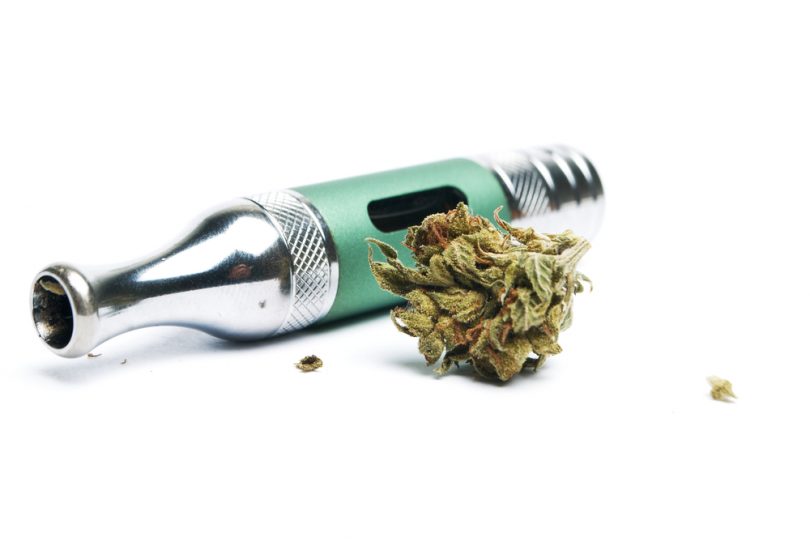 All around the world, cannabis smokers are realizing that vaporizing is a much healthier alternative to smoking marijuana traditionally.Â  This isnâ€™t just urban legend, either â€“ there are scientific studies that actually back up this hypothesis.Â  This is because when you vaporize marijuana; the cannabis is heated as a specific temperature that still lead to the â€œhighâ€, but do not create the kind of toxins that are typically created with traditional smoking.Â  Scientific studies in Albany, New York, by Dr. Mitch Earlwine, confirm that the typical respiratory symptoms associated with smoking are much more less pronounced in that of a vaporizer.

Whether itâ€™s a joint, blunt, or bong; marijuana vaporization is about the marijuana not actually combusting, which is what releases tar and carcinogens.Â  In fact, there are various surveys that indicate that cannabis users recognize vaporizer use as the foremost way to continue their hobby in the healthiest way possible.

Itâ€™s also interesting to note that aside from the health risks; vaporization is also growing in popularity because itâ€™s simply a more effective high.Â  Specifically, where typical smoking converts only a quarter of the THC in marijuana to smoke; vaporization converts almost half of the THC into vapor.Â  This means that users literally get almost double their moneyâ€™s worth, which is a win-win considering that itâ€™s also a healthier method to enjoy marijuana.

It should be noted that herbal vaporization in the United States is only growing. There are nine million consistent vape users in the United States alone.Â  While the global number of users is hard to estimate, one thing is for sure: the industry is growing.Â  Consider this: vaping is now a 10 billion industry, which is exponential considering that it was only a $20 million market only a decade previously.Â  Businesswire even estimates that the industry could be worth $30 billion by 2021, meaning that the market would grow by billions every YEAR.Â  These statistics prove that vaping is one of the fastest-growing and â€œhottestâ€ retail markets in the world.

The United States still has an interesting legal when it comes to marijuana.Â  While it is still illegal to cultivate, possess, buy and sell marijuana under federal law; states like Colorado and California have championed legal and recreational marijuana very publicly.Â  This has even led to great causes â€“ as Colorado schools have benefited from over a $500 million dollar boost from marijuana revenue.Â  As one can imagine, this has led to tremendous support and adoption in other states and counties.

This also means that vaping is a new hotly-debated topic.Â  There are states such as Alabama that have a statewide vaping ban on bars and restaurants, for example.Â  The laws definitely end up getting more nuanced and complicated, however.Â  There are states and counties that specifically ban vaping in workplaces, or sidewalks, for example.Â  Of course, in many states that are more accepting of marijuana; vaping tends to be more widely adopted.Â  Colorado, for example, has no statewide vaping ban, as it allows the use of recreational marijuana, but it does make the obvious exception for schools.Â  This is because of the lack of FDA approval for e-cigarettes as cessation devices.

Itâ€™s very clear that vaping is a growing industry, and many scientific studies back up the idea that vaping is a much healthier alternative to smoking.Â  However, laws are extremely complicated and detailed, from state to state, and even county to county.Â  This also depends tremendously on the stance of the FDA, and the political climate.Â  Itâ€™s always important to keep this in mind as you travel through the United States.Â  Regardless, one thing is for sure: vaping is on the rise, no matter where you are.