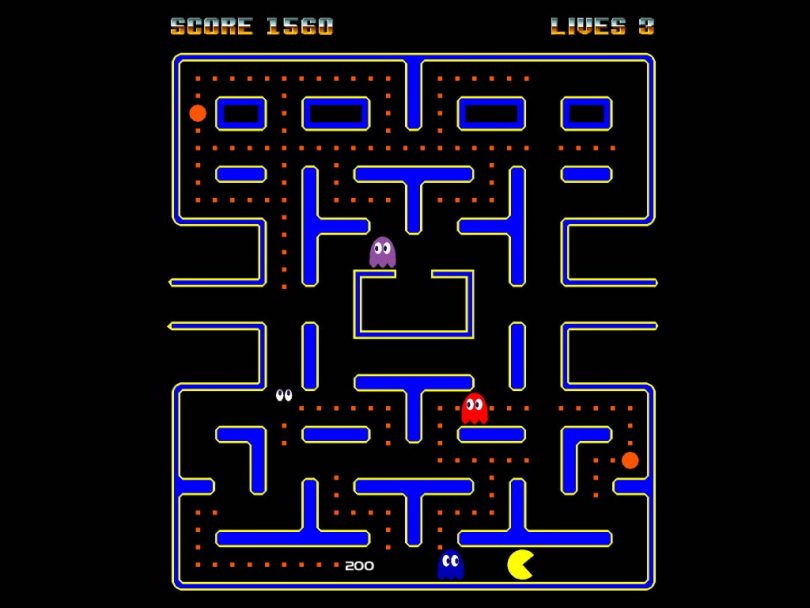 Arguably, Pacman is one of the most instantly recognizable and iconic video games the world has ever seen.  While it is (on its face) a very simplistic-looking game that hinges on the player navigating their tiny character through a network / grid that contains power-ups and enemies, it should not be considered “easy”.  In fact, most people will never make it past level 20!  Furthermore, Pacman is another one of those games that seems to have found its way onto nearly every gaming platform you can think of.  Pacman is so well-liked around that world that it has been called “the most popular video game of all-time” by a number of publications throughout the years.

Playing a game of Pacman (particularly on the lower levels) is a relatively easy proposition.  The object is to guide your little “Pacman” character (displayed as a “chomping” yellow ball) through a labyrinth of passages in order to collect the little pellets or “Pac dots” which are covering the maze.  While you are attempting to eat all of these dots, there are 4 “ghosts” or enemies which are trying to hunt you down.  Your goal, obviously, is to eat all the pellets and avoid the ghosts.  However, in each of the 4 corners of the maze there are 4 “power pellets” which allow Pacman to turn the tables on the ghosts, turning them into edible targets.

Since the movements of the enemies in Pacman are deterministic, or already plotted out, it is possible to know what they’re going to do in advance.  Naturally, this handy bit of intel gives players who are seeking to breach the level 20 barrier a distinct advantage.  In other words, if you want to learn to master Pacman, you must be fully aware of the movements and patterns of the ghosts when moving from level to level.

Strictly speaking, Pacman is a game with no ending.  Each level will increase in difficulty until a player reaches the 256th level where a software glitch creates a severe problem with the level design.  A perfect game of Pacman involves completing the first 255 levels and then scoring as many points as possible on level 256 (3,333,360 points).

Regardless of whether or not you’re interested in Pacman competitively or merely as a casual leisure pursuit, it’s definitely one of the more satisfying 8-bit games.  Patience is a virtue when playing Pacman (and all it takes is one wrong move to completely destroy your chances at breaking the level 20 barrier).

Have fun and happy gaming!