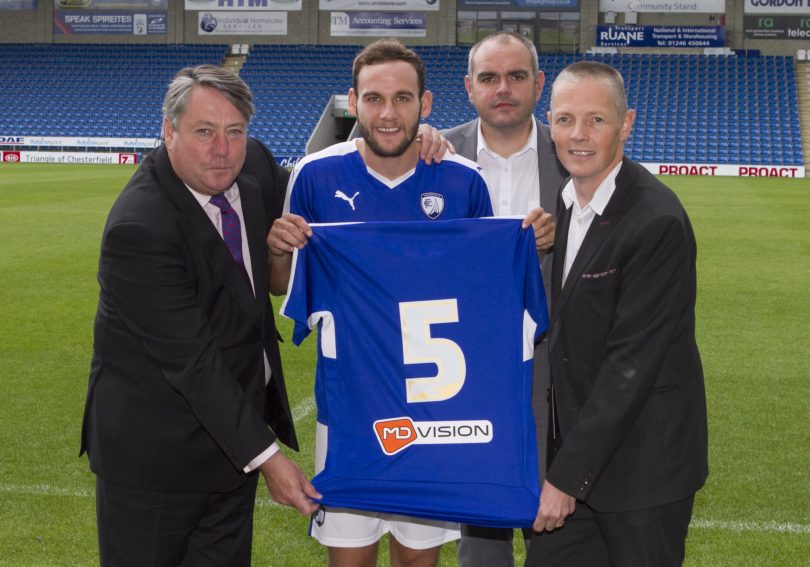 The new Chesterfield FC manager, Jack Lester has reinvigorated a team that many of us thought was a relegation team. With the new manager and renewed hope, there is growing optimism around the club and community that Chesterfield FC has a chance of not only moving from the dreaded relegation zone to the comforts of the mid-table. However, with 23 matches already played, there isn’t much time left for the team to start picking up much-needed points. The time to do that is now and January offers a good opportunity for Chesterfield FC to pick up some points.

The first match for 2018 for Chesterfield comes on New Year ’s Day as we make a trip to Coventry. This will be a test for the team as Coventry are currently sitting pretty in fourth position of the log. Jake Lester has however given the team hope and from his first matches, we can see that the team is not only getting results (unbeaten in five now) but there are playing beautiful football in which we keep possession. Having watched how Coventry plays this season, they have been able to retain much possession and using it to hurt the opposition at the opportune time. If we, however, manage to keep possession away from them, then we have a good chance of winning.

When we first met Coventry in the first half of the season, we played out to a nil-all draw. Considering we were down by one man, to some extent we can say it was a good result even though we were at home. We need to better the first half result and take back all three points in this match. It will be difficult but with the new energy in the team, we can win.

It will be absolutely fantastic if we manage to record a win in our first match in 2018 because that will be a massive confidence boost for our team for the rest of the season. Chesterfield’s chances are high in this game a factor that is also shared by several bookmakers offering great odds for the game.

The second match for Chesterfield is another tough away match to Stanley. Stanley have been going about their business in a quiet fashion and they are sitting in a comfortable seventh position on the table. At the start of the season, most bookmakers and pundits predicted that Stanley will be there and thereabouts around the relegation zone but they have shown that they are a good side capable of challenging for top honours.

Going to Stanley will be tough, no doubt about that, they will try to press us as high up the pitch as they have been doing all season. The Stanley team is full of energetic players thus; we need to match them for every pound if we are to take all the three points. In the first match, we lost by two goals to one. We need to avoid giving all six points to Stanley so a win is desirable but a draw will not be bad.

Our first home match in 2018 is against the high-flying Luton Town on 13 January. Luton Town is sitting in pole position on the log, four points above Notts County. Luton has been playing some really good football and the results have been coming. Its midway point but they already have that look and feel of potential champions, when playing good football they get the results, when not particularly playing well, they grind out results.

For Chesterfield, we need our defence and midfield to absolve as much pressure as we can because Luton will come at us. We need to be at our absolute best when in counter-attacking and we need our attackers including runners from the midfield to be as clinical as they can if we are to get the crucial three points.

From Luton, our next match is against fellow strugglers Yeovil Town. The importance of this match cannot be understated because these are the matches we need to win if we are to stand any chance of winning. Yeovil Town is sitting four points above us, win this and we are potentially out of the relegation zone as only a point separates the teams in the relegation zone and the one sitting just above.

The last time we played Yeovil Town we showed great character as we came back from two goals down only to lose in the final moments of the match. We will need that same character this time around.

Chesterfield’s last match in January is against Stevenage at home. The last time we met, we shipped in five goals against Stevenage. The aim of this game, therefore, is first to ensure we do not ship in goals. Stevenage is another mid-table team we are playing in January so we need to ensure we do not lose, hopefully by that time the team will have picked up some points and the confidence will be high so we will enter the field with the ultimate aim of revenging our big loss at the hands of Stevenage earlier on.