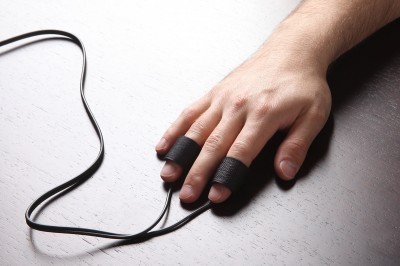 Whether you’re an aspiring businessperson or just the average person on the street, learning how to spot a liar is a very valuable skill.  For those who regularly engage in business transactions, learning how to read and assess your clients, partners and employees might mean the difference between profits earned or lost.  Here are some handy tips for identifying liars before they gain the opportunity to shortchange or manipulate you.

Your emotions generally trigger reactions when you are attempting to deceive someone, more so if the deception is important. It will be easier to detect a liar when you know the obvious body language indicators of a liar.

Blinking: excessive blinking is an obvious sign of someone who is lying.
Avoiding eye contact: Our eyes are revealing, hiding them is suspicious.
Dilated pupils: This can occur when people experience strong emotions.
Holding body rigid: Feeling tense is common when lying.
Adjusting clothing: Fidgeting or nervousness is common when lying.
Shrugging: A liar will often show ignorance when questioned.

Believe it or not, when you confront most liars head-on, they will either stumble or outright admit their wrongdoing(s).  So, perhaps posing the question “are you being completely honest with me?” followed up with a simple, “I just need a yes or no” might get results.

It’s pretty hard to tell if a person is lying unless you know what their normal behavior is like. For instance, some people seem to be inclined toward more nervous activity than others; fidgeting doesn’t always mean that a person is feeling anxious or guilty.  Most professional interrogators establish precedent by asking a person a wide range of questions covering many topics.   In general it should only take 5 minutes to do this, but it’s much more accurate if carried out over a longer period of time.

Watch out for deviations

Whenever a person starts to deviate from their original statements in either a major or minor way, this could be an indication that they are lying to you.  Often times you’ll get clear verbal cues that you’ve hit a sensitive topic, other times you might need to look for clues in a person’s body language.  Sudden surprise is often indicated by rapid movements and/or certain facial expressions for instance, this is often an indication that you may have treaded into territory that the other person didn’t expect.  Moreover, if a person becomes extremely non-conversational or even combative you might have a clear indication on your hands.

Sometimes you can spot a liar by simply paying attention to all the details of a conversation or investigation.  For example, if a person dodges simple yes or no questions, that might be an indication that they don’t want to self-incriminate. Likewise, you can often devise a slightly confusing line of questioning that employs distorted facts in order to see how they respond to fictitious information (perhaps they will build upon your completely fabricated story?).

Crime investigators sometimes use lie detectors, these machines monitor heart rate when the indiviual is asked a set of questions. Usually, a liars heart rate will rise along with increased sweating. Find out how to read body language.