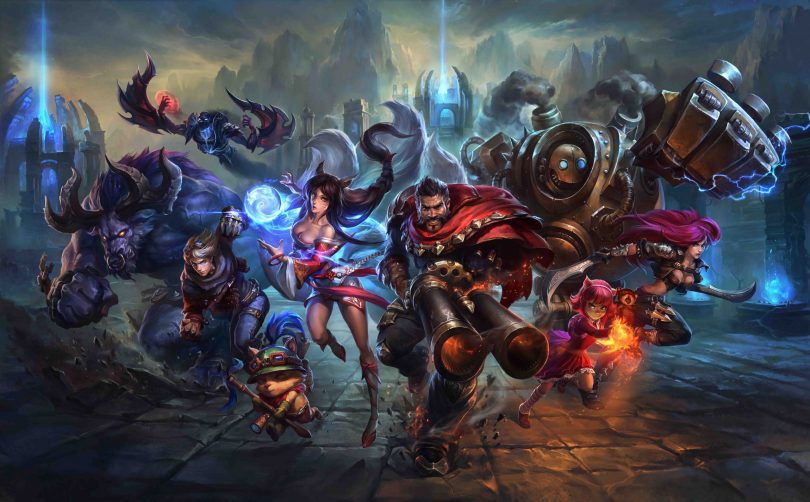 In case you don’t know it yet, ARAM (all random all mid) is a game type not a Meta playstyle.

Although at first, players knew no better and assumed the game was meant to be played this way without compositions or strategies. Now, seven years later, we know the ins and outs of the game and the pros have created perfect roles in this game. Of course, when you start, this can be overwhelming as smurfs scream at you “Why are you going top with Annie?” or “You’re jungle! Get out of my mid lane!” 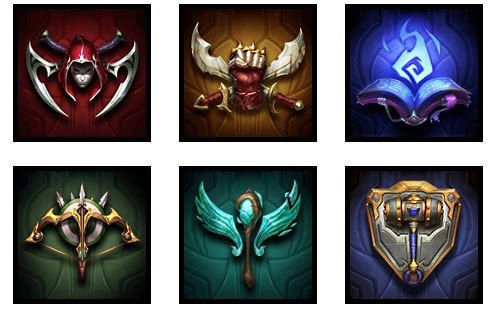 Soon, you find there is a Meta that is not to be broken. But, which lane will fit your playstyle? I’ve created this guide to help you decide just that! Let’s break down each role so you can easily distinguish between them. For Summoner’s Rift:

Unlike other MOBAs, in League, the top side of the map is meant for the same role on either side. There are many top laners, and it’s important to find out which ones fit this lane the best. It is usually reserved for fighters, tanks, and occasionally others. One important thing to learn about top lane, that veterans will often forget you aren’t born knowing, is that top lane is purely solo. This means, only one person will go to top lane at the beginning, this is their lane. The Meta will change over time but this one thing will not. After you get to know the game, I encourage you to branch out and break that Meta, but at first, I highly recommend that you stick with what is standard.

The most common top laners are fighters and tanks. Tanks are obviously…tanks. They absorb damage, are hard to kill, and can initiate fights for teammates later.

Fighters are also popular. These guys may build a little tank, but will mostly focus on damage.

Top laners need to hold their own regardless of the jungler. Mid lane is alone too, yes, but are more susceptible to ganks from junglers, bot lane, and you.

Anyway, how do you know if you would like to main top lane? Do you like to be in the heat of battle? Do you prefer to work alone? Do you fear you will feed? Do you generally prefer using profanity and completely ignoring your team? Well, then top lane may be for you.

Easy, consistent top laners that are relevant every season:

Jungle is a relatively difficult role for new players, but you can do it, and it can be good if you don’t want to hold your own. They don’t have a lane, and instead roam the rift, assisting those in need!

Jungling tends to be the most consistent with assassins, fighters, or tanks.

This can be a big responsibility to take on if your team is not doing well. You will have people begging for ganks and flaming if you mess up. But if your team is doing well, this is the most laid back role and requires little effort.

Although, you must learn the jungle, which changes per season. Where you start, who leashes you, and what path you take will be different before you finish reading this.  One of the downfalls to being a jungler is to keep up with this.

Junglers need to keep an eye on all of their teammates at all time and decide themselves which lane needs help, when and how. You will initiate and secure epic monsters too.

One thing these guys often specialize in is picking off enemies. If you see an ADC alone, chances are it is an easy kill. This helps your team’s gold income, lanes, and tilts the team fight in your favor.

So, are you a unique individual? Do you often burst out in song?  Do you feel comfortable taking care of the whole team? Do you like playing non-meta champions? Then, you may like jungle.

Easy, consistent junglers that are relevant every season:

Mid lane is usually made up of mages and assassins. These champions put out a lot of damage…fast. They go mid alone and often rely on ganks due to the ease of access by the junglers. They prefer to have all the kills and think they are the leader of the team. They must learn to trade with your lane enemy and keep the damage going. Winning trades and calculating damage is of upmost importance.

Mages are generally squishy and easy to kill, but they usually put out tons of damage. Depending on the champion, they can focus on one enemy or a large group.  They also often use CC to stun, root, or slow their enemies. This makes the captivated enemy easy to take down.

Assassins specialize in taking out one enemy quickly and still getting away. They can outplay enemies who are stronger than they are or go in for a quick kill and escape before taking fatal damage.

Do you like damage? Are you ready to learn combos? Are you often the appointed leader? Do you think you are the best and everyone should bend to your will? Try out some mid champs!

Easy, consistent mid laners that are relevant every season:

ADC stands for Attack Damage Carry and these days, they are referred to simple as Bot. ADCs are most often played with marksmen.  They are great at farming, taking down towers, and epic monsters, but cannot sustain much damage. It’s imperative that you are able to remain at a safe distance and still keep consistent damage or follow up when your support initiates.

Bot laners must rely on other teammates, particularly their support. They can put of a lot of damage, but this is usually not until late game. It’s important than you work with your support and get along. An ADC should stay in the back line and poke the enemies, not stay in the middle. Steer clear from the front lines. They are very squishy and can die in an instant. But later game, if you farm and build right, you can do more damage than anyone on the team!

Do you like guns? Are you often a ranger? How is your teamwork? Does your back hurt? Do you get lonely and lack confidence to lane alone? Marksmen may be what you are looking for.

Easy, consistent ADCs laners that are relevant every season:

Supports are often overlooked, but they are a crucial part of the team.  Though not primarily, it is their job to ward and keep control of the bot map. You must keep your ADC alive, happy, and healthy.

They work best as tanks or mages. This is because as a tank, you can absorb damage for your ADC, or as a mage, you can use your CC secure kills for her. One thing that you may not know is that you do not farm. That’s right. This concept is hard to understand due to the importance in every other role.  But as a support, you need to give your ADC as much as you can. So, you build items that will reward you for doing this. Like minions, you should try to give your teammates any kill you can, and avoid taking it unless necessary.

For some reason, people tend to avoid teamwork and prefer glory to winning. So, support is the least popular role and you actually receive bonuses for playing them.

Are you a good babysitter? Do you enjoy honor and praise? Are you a selfless saint? Stick it and go support!

Easy, consistent supports that are relevant every season:

It’s hard to get started in League of Legends, but picking out a role to practice is a crucial part of the game. This will give you time to focus on mechanics, farming, laning, and other game tactics without having to worry about where to go. You will have to endure a lot of harassment and blame regardless of who would pick, but if you follow the role Meta, this will take care of level one. Please, try out every lane with different characters. Sometimes you will instantly connect with someone, and sometimes you will try again and again and you just don’t do well with a champ.

Different personalities go well with different positions, but in most cases, your first role will be based on your favorite champion. This is a psychological occurrence when you are drawn to certain splash arts even. The champions are designed to attract you based on personality and preference, a sort of test on character. Also, you will emotionally, physically, and mentally do better with champions you like before you try. So, just pick a few favorites before you know where they go and it’s likely they will all go the same position. Thus, your role is chosen!