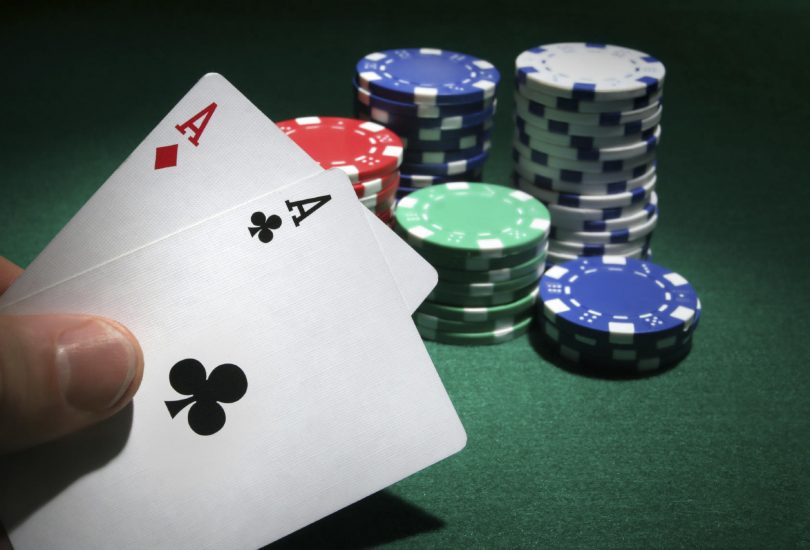 Texas Hold ‘Em is one of the most popular forms of the varied game that is poker. If you’ve ever watched Rounders and the final showdown between Matt Damon’s Mike and John Malkovich’s KGB then you’ll have seen it in cinematic action. The high stakes, the bluffs, the probabilities and the sheer luck make it such a great hobby. If you’ve ever gone to a poker night with your mates, played online on a titan poker site, watched the World Series of Poker or the UK’s Late Night Poker, then you’ll know what we’re talking about. But what if you’re a complete novice and you’ve been invited to a poker game? Follow our how-to guide and you’ll be playing with the big boys in no time.

Texas Hold ‘Em has been around since the 1900s but only gained popularity in the 00s when it replaced seven card stud as the most common game in US casinos. This is part due to the relative simplicity of the rules: essentially each player round the table is dealt two face-down cards (‘hole’ cards from which comes the phrase ‘aces in the hole’) on which they bet, usually with chips but sometimes with actual money. The money accumulated from these bets is called the ‘pot’. Then three community cards or the ‘flop’ are placed face-up in the middle of the table. Players use a combination of their hole cards and the community cards to make the best possible five-card hand and place bets depending on how strong they think their hands are. The fourth and fifth turns add two more community cards to the flop to give players seven cards to choose from to make a potentially winning hand.

The betting system is reasonably complicated. If you’re new to Texas hold ‘Em, then you might be thrown when someone tells you you’re the ‘small blind’ which is one of the first things to happen in a game. Blinds are a way of generating money for the pot (so there’s something to bet on). There is a big blind, say $10, and a small blind, which is half of the big blind; and blinds rotate left after each game. You might also hear the term ‘ante’ which means a forced bet sometimes used in tournament poker. After blinds (and antes) have been placed and the hole cards are dealt and each player left of the big blind has a chance to call (place a bet equal to the big blind), raise (place a bet higher than the previous player’s) or fold (resign from the game). Raises are usually limited to three per round.

If a player places a bet and all other players fold (at any point in the game) then that player gets the pot. After the final round of betting, if two or more players are left then a showdown takes place. The remaining players play their best hand, using one, two or none of their hole cards or just the five community cards. If a player just uses community cards they can only hope to split the pot not win the whole thing. There are so many types of hands that can come about that it’s best to give an overview of the best: Royal Flush, Straight Flush, Four of a Kind, Full House and so on. In terms of strategy, even the best players can’t hope to win every hand, so the idea is to look for other players’ tells, use math and psychology to make the best decisions about when to bet and when to fold.