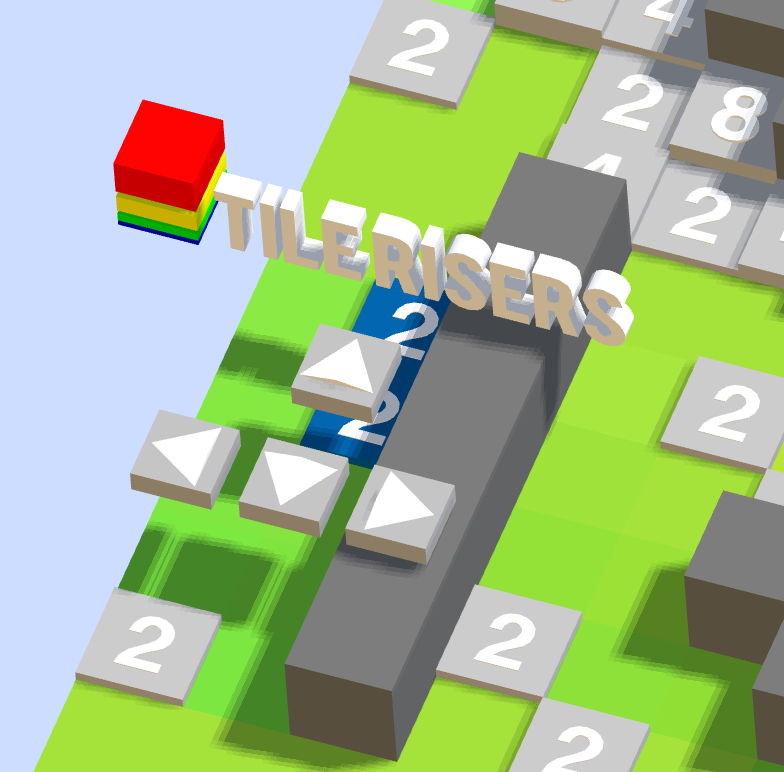 2048 is an undeniably addictive game. Yes, its creator admitted that it’s a rip-off of a rip-off (2048 is based on 1024, which is a clone of Threes). But 2048 is still fun to play, and it went wildly viral in a couple of years ago. Despite being played by millions of people, 2048 is a solo game. There is no way to play it with friends. Sure, you can try to beat the game faster than others. However, 2048 was released before an entirely new genre was developed: .io games. Tiles.io is essentially a multiplayer version of 2048, and it is superb.

The basics of Tiles.io match those of 2048. Beginning with a “2” tile, players must slide matching tiles together. Those pieces will merge and double in value. Then, a pair of “4” tiles can merge to form an “8,” and the pattern continues. However, that is where the similarities between Tiles.io and 2048 end. Tiles.io: Tile Risers is a 3D multiplayer game. When two pieces merge, they actually stack on top of each other. It is very easy to see the most valuable tiles, because they stand taller than lower digits. Also, the randomly generated boards in Tiles.io include clusters of obstacles. The blocky barriers can work for or against you. Sometimes, the barriers help certain pieces align before doubling in value. At other times, the obstacles may split up your pieces and make it harder to advance.

As if its 3D graphics weren’t enough, Tiles.io offers an intriguing multiplayer element. At any time, your pieces may be overtaken by an opponent. This is because each world is filled with other players. Everyone has the same goal: keep doubling tiles to achieve the highest value. Thus, every competitor is essentially an enemy. You want to overtake their tiles, and they want yours. Sure, there might be times when you and a fellow player could help each other out, but where’s the fun in that?

Like any great game, Tiles.io gets harder as you progress. After achieving certain number milestones (e.g. 32, 64, 128), you can transport to a new world. But, you begin again with one valuable piece. If a strong competitor happens to be nearby, they can instantly absorb you and end your game. This is the equivalent of spawn kills in FPS games – they’re cheap, troubling moves that rely on fortunate timing for the aggressor. In earlier levels, dying right after entering a new world isn’t too painful. But if you’ve carefully stacked pieces for 10 minutes straight, a quick death is very, very disappointing.

Tiles.io is a visually pleasing game. It looks just as crisp on a mobile device display as it does on a widescreen monitor. Each world is colored randomly, exhibiting bright, refreshing hues that are never dull. During the game, your pieces are blue, and other players’ tiles are colored differently. It is easy to see when an enemy cluster approaches, and feels that much more satisfying when you overtake all of their stacks. Get into the next realm of 2048 fun!